If you have any videos or films, you can send them to evn@sgweredi.nl

The big wait is over, the Five Country Meeting 2018 has finally started. Were Ladies and gentlemen,

The big wait is over, the Five Country Meeting 2018 has finally started. Were Di is ready and very excited to entertain all the pupils, teachers and other supervisors this weekend.

We kicked off the weekend with the Grand Opening, which took place at 16.00 in the sports hall at Were Di. What a spectacular opening to this wonderful weekend! The first song was sung by and played by the band led by Patrick van Zutven and Marcel Driessen. It was truly magnificent!

After this song, everybody was welcomed by the headmaster who gave a welcomes speech. Explaining what this weekend will look like and which sports and activities will take place. The theme of this year was also announced: ' Growing up it's a fulltime job'.

After the talk by Edward, we listened to a beautiful musical piece. Nuria Schats kicked off with the song: 'New Born', by Muse. During this song, one pupil of every country walked on stage waving their national flag. The mayor invited the pupils to put their flags in the flag stands. This was done to symbolise a handshake between the mayor and the pupils.

The next song was sung by Sabien Daris. She sang the spectacular song: 'Rise', by Katie Perry. Sabien was joined on stage by seven dancers.

The mayor also welcomed the guests to our picturesque village called Valkenswaard. In between the enthusiastic words, some more songs and dances were performed. While these performances took place, the flag carriers and the torches made an appearance on stage. It was almost like the Olympics!

The grand opening was a successful event because all parties were able to work well together. The opening awoke a lot of excitement in all participants. Let this be the beginning of an awesome weekend.

Thanks all and we'll be back tomorrow! Read more... 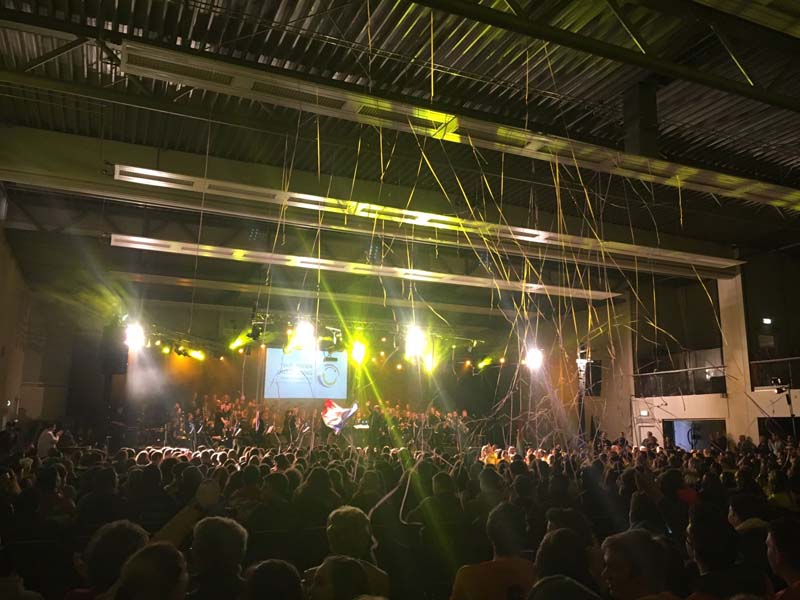 and now everyone to their hosts.. 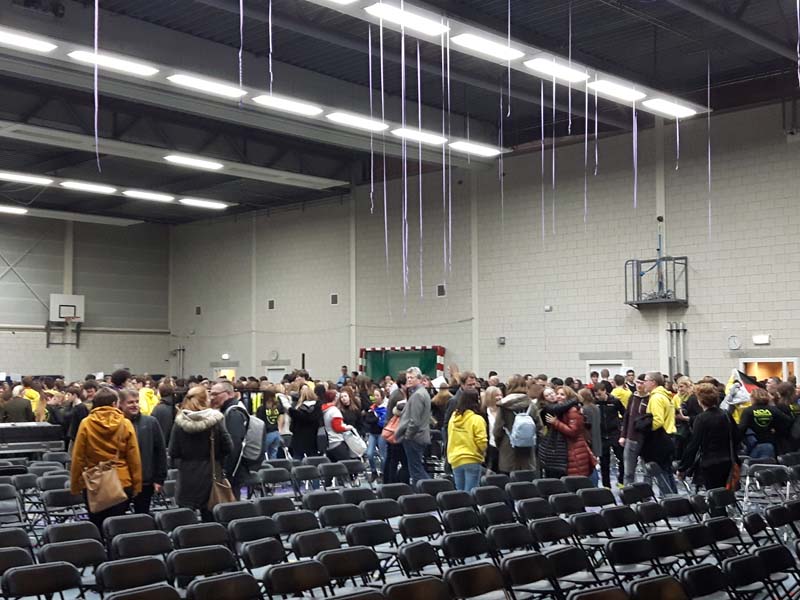 The mayor of Valkenswaard welcomes the participants of the vijflandenontmoeting 2018. 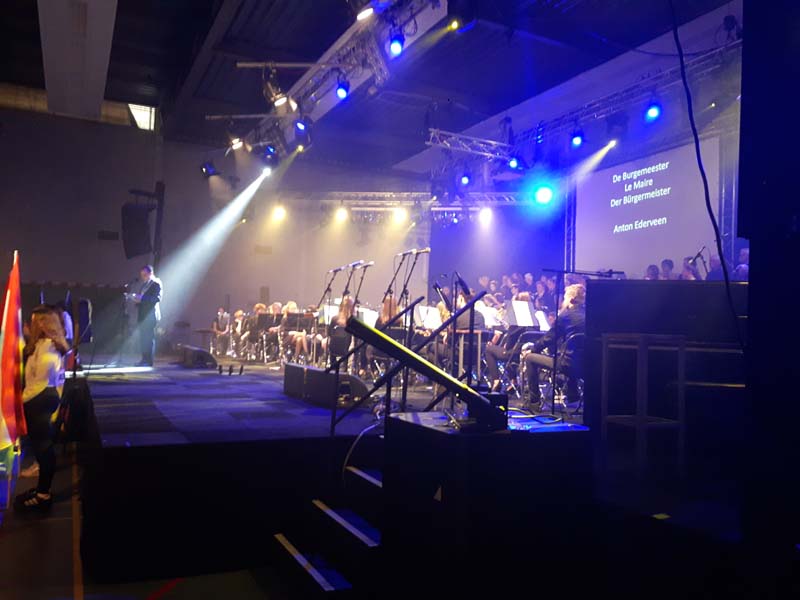 The grand Opening with 'New Born' from Muse performed by Nuria Schats and orchestra. 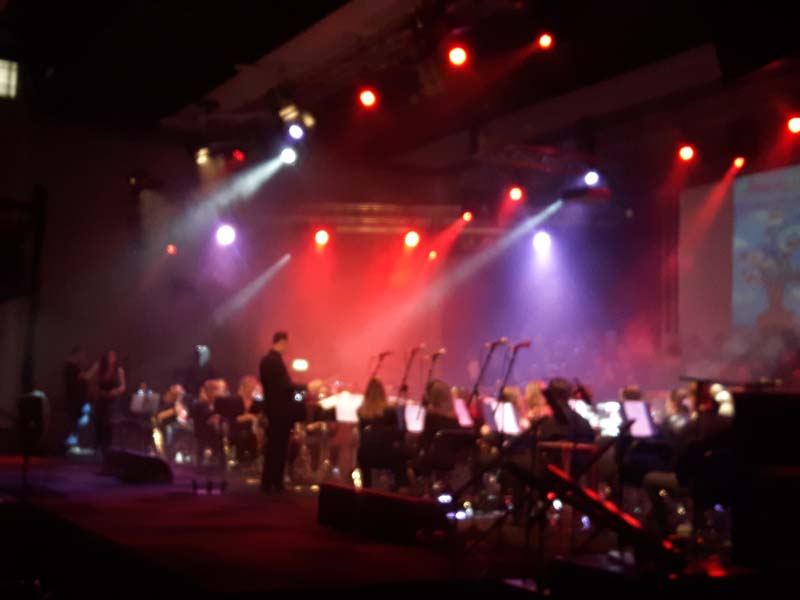 We are ready for our dinner. 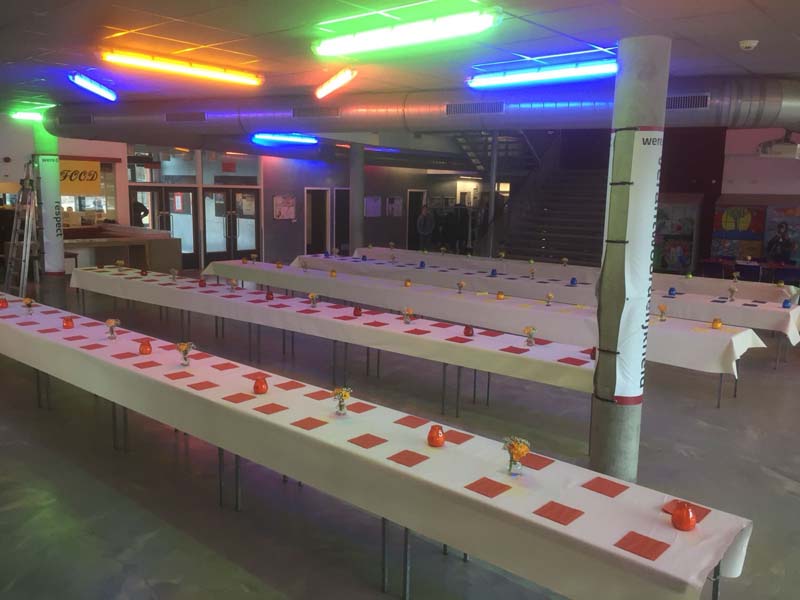 We are ready! See you soon! 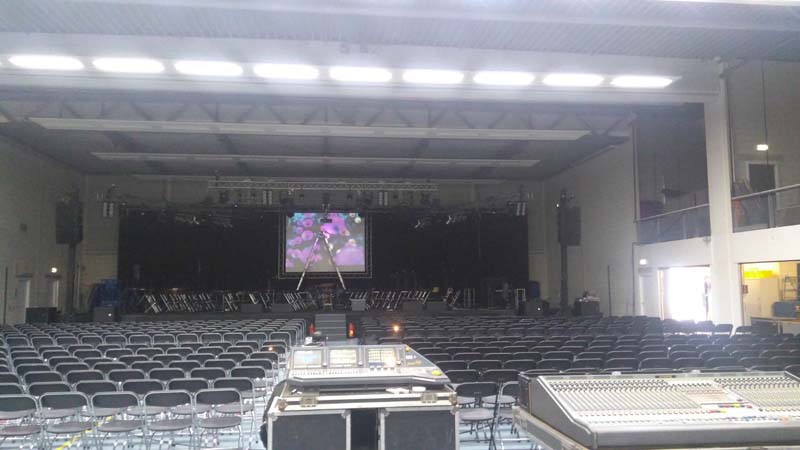 You can find challenges and a link to vote!
There's a bloopermovie to! Which you like the most?

Have Fun with voting! Read more...